Back in March, I wrote Profiling WSGI Apps, describing one way to profile the placement service. It was useful enough that a version of it was added to the docs.

Since then I've wanted something a bit more flexible. I maintain a container for placement on Docker hub. When I want to profile recent master instead of code in a proposed branch, using a container can be tidier. Since this might be useful to others I thought I better write it down.

Get and Confirm the Image

Make sure you are on a host with docker and then get the latest version of placedock:

We can confirm the container is going to work with a quick run:

In another terminal check it is working:

should result in something similar to:

ctrl-c in the terminal that is running the container. We don't want to use that one because we need one that will persist data properly.

To enable persistence, a dockerenv file will be used to establish configuration settings. The one I use, with comments:

Create your own dockerenv file, set the database URI accordingly (if you're not sure about what this might be, Quick Placement Development may be useful), and start the container back up. This time we will use the dockerenv file and put the container in the background:

We've added a volume so that, eventually, profiler output can be saved to the disk of your container host, rather than the container itself. For the time being profiling is turned off because we don't want to slow down the system while adding data to the system.

If you want to, confirm things are working again with:

In some cases you don't need pre-existing data when profiling. If that's the case, you can skip this step. What you need to use to set up data may be very different from what I'm doing here.

Loading up the service with a bunch of data can be accomplished in various ways. I use a combination of shell scripts and gabbi. The shell script is responsible for the dynamic data while gabbi is responsible the static structure. Some pending changes use the same system for doing some performance testing for placement. We will borrow that system. To speed things up a bit we'll use parallel.

Note: This will not work on a mac if you are using the built in uuidgen. You may need a pipe to tr [A-Z] [a-z].

You can see how many providers you've created with a request like:

Once you have a sufficient number of resource providers and anything else you might like (such as allocations) in the system, you can start profiling.

When we were loading data we had profiling turned off. Now we'd like to turn it on. Edit the dockerenv file to uncomment the OS_WSGI_PROFILER line and then docker kill placement and run the container again (using the same args as above). A restart will not work because we've change the environment.

Make a query, such as:

and look in /tmp/profiler for the profile output, the filename should looking something like this:

If you have snakeviz installed you can inspect the profiling info from a browser (as described in the previous blog post:

That's not a very interesting request. It doesn't exercise much of the code nor access the database. If the system has been loaded with data as above, the following will query it: 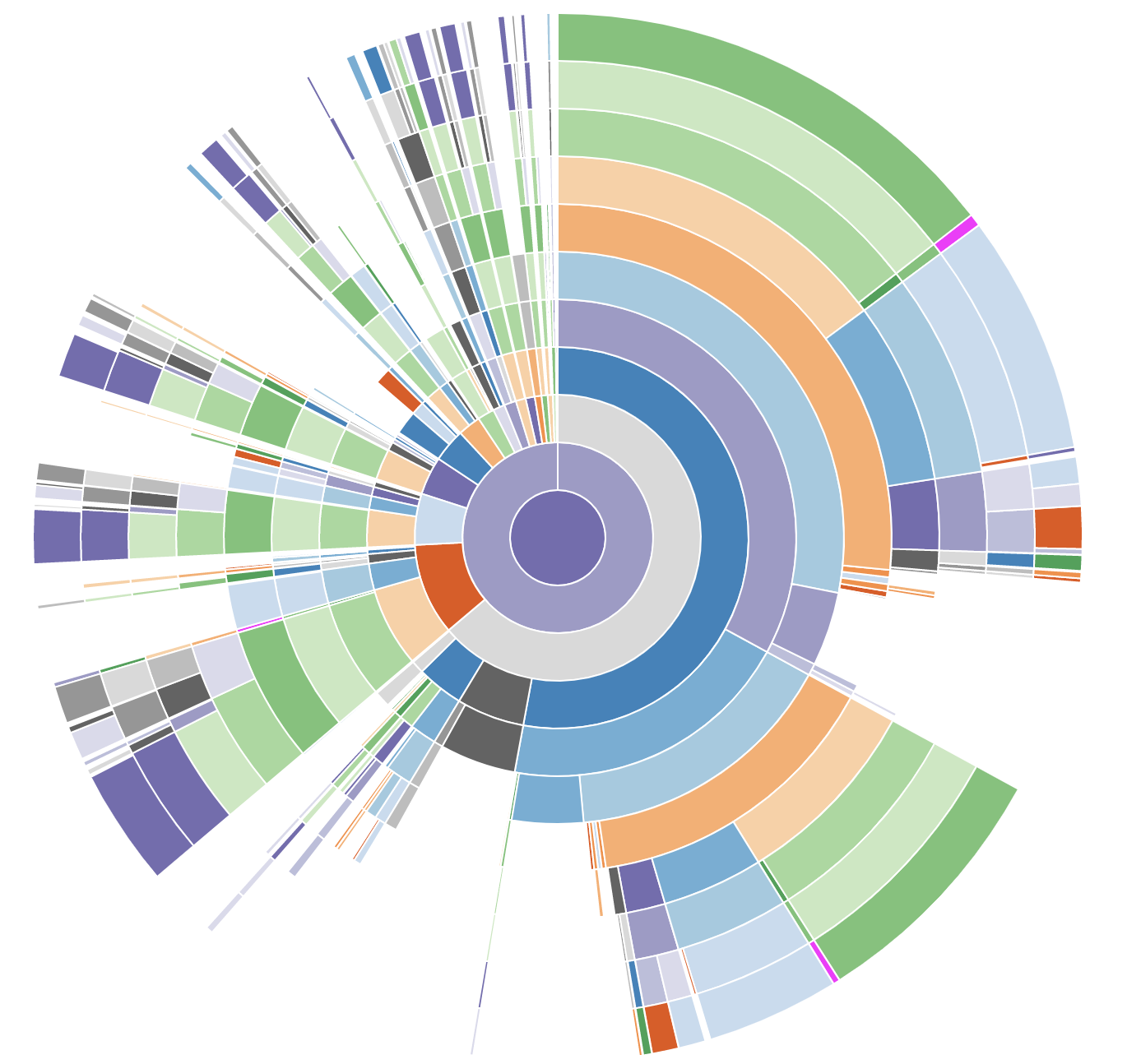